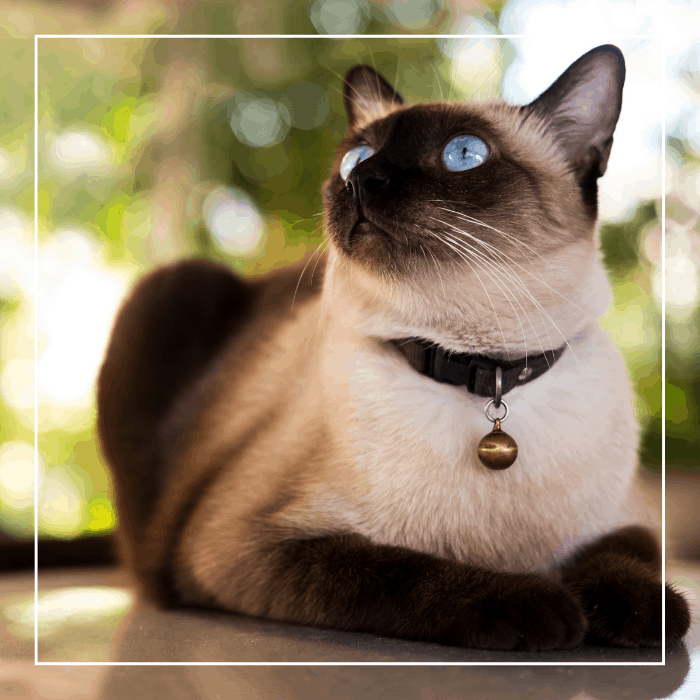 Many diverse cat breeds exist now, and many more once roamed the earth but are now extinct. Each has its own distinct appearance and behaviour, although many have similar characteristics, making it difficult to determine their exact parent breed. In the more than a century various breeds have been derived from Siamese cat that has been now available worldwide.

You may be attracted to the Siamese’s lovely colour-pointed coat, but if you want a breed that is a little more laid-back and less talkative but still resemble Siamese, then you at the right place. On the other hand, perhaps you’d prefer a cat with a gorgeous longhaired coat. The good news is that the pointed colouring that distinguishes Siamese cats may be found in various other breeds.

Here are ten Cat breeds that resemble the Siamese cats:

These cats were previously known as “Golden Siamese” cats before being officially titled Tonkinese. They feature long nose whiskers, pointy ears, vivid blue eyes, and medium-length coats. They are usually energetic and interactive, making them ideal family pets for many sizes and types of households.

Tonkinese cats have similar personalities to Siamese cats, but they are darker in colour, making them easy to distinguish from real Siamese cats.

Some breeders believe the Balinese is a Siamese mutation, while others think they’re a completely different breed. Whatever the case may be, they have soft, medium-length fur coats with the same colour-point patterns as the Siamese breed. These cats enjoy meowing and will spend the entire day socializing with humans and other animals in their homes.

The Cornish Rex has the appearance of a kangaroo crossed with a Siamese cat. Their ears are long and erect, their tails are slender and alert, and their legs are slim but powerful. These cats have wavy coats and similar coat patterns to Siamese cats. These clever felines are simple to educate and can learn tricks like high-fiving and fetching a favourite toy. They are a gratifying family pet because they enjoy satisfying their human counterparts in addition to their outstanding trainability.

The Ragdoll cat has a similar appearance to the Siamese cat, but the similarities end at some points, such as Ragdoll cats are more gentle and cuddly than Siamese cats, who are boisterous and independent. They adore sitting in their family members’ laps and will never pass up a chance to snuggle in bed at night. If they are not given regular mental and physical stimulation, they will become sluggish and overweight.

This cat’s coat has a pointed pattern and a wavy texture, making it look like a Siamese cat. Their sharp eyes and wide, erect ears demonstrate their intelligence, while their lively temperament and friendly demeanour make them a pleasure to be around. While the Devon Rex is not considered hypoallergenic in the same way that the Siamese is, it has a soft shedding coat believed to be suitable for allergy sufferers.

These cats resemble Persians, yet they have a Siamese-like pointed-colour pattern. The Himalayan is a powerful, muscular, and self-reliant breed. They do, however, have a kind and affectionate side that they will eagerly show off to anyone who will pay attention to them. They don’t mind staying indoors, provided they have plenty of toys and cosy beds to curl up in when it’s time for a nap.

These loyal cats have a Siamese appearance but are usually lighter in colour. They dislike being alone and prefer to be with a companion, whether it is a human or another cat. They have many universal features that resemble Siamese cats, such as bright and cheerful dispositions and noisy inclinations. However, these are two distinct cat breeds, and if you get to know them, you’ll be able to tell the difference right away.

Although these cats have flatter faces than Siamese cats, their general appearance is similar, earning them a place on our list. They have a broad range of colours and patterns, including the ever-popular point patterns associated with Siamese cats. Because their coats are dense and shed frequently, they require a lot of grooming throughout the year to keep them looking clean, fresh, and free of hair mats.

This colour-pointed dog breed is attractive, playful, and intelligent. They look a lot like Siamese cats, but their personalities are more laid-back and patient. These cats are descended from temple cats and are recognized for their plush coats, deep purring, and spoilt characters. They are quick to let their pet parents know when they want or need anything, yet they will cuddle contently in some cosy place when all is well in their world.

The fact that this breed has shorter legs than most cats makes them contentious in the breeding community. They are a relatively recent breed with Siamese features; however, no official organizations have yet recognized them as a genuine breed, with the exception of the International Cat Association (granted in 1995). They do, however, resemble Siamese cats. Thus they ought to be recognized, even if only to raise awareness of the ethical difficulties related to the development of this breed.

Despite their resemblance to Siamese cats, the cats on this list are distinct breeds that are recognized or need to be recognized. Adopt any cat mentioned above instead of waiting for Siamese to fill the void if you want a feline companion that looks and acts like a Siamese cat.

Any of the species shown here should fit the bill if you’re searching for a cute, pretty, fun, and interactive cat to spend your life with that is reminiscent of the Siamese cat. Which breeds pique your curiosity, and which do you believe aren’t close enough to the Siamese? Let us know in the comments section below.